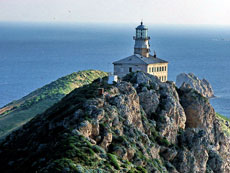 GEOGRAPHICAL POSITION - Located in the heart of Europe on the beautiful Adriatic coast bordering Italy, Slovenia, Bosnia and Herzegovina and Hungary. Croatia extends from the easternmost edge of the Alps in the northwest to the Pannonian plain in the east, via the Dinaric mountain range and the Adriatic coast towards the south. Ideal position on the east coast of the Adriatic makes Croatia a country easy to access by boat, plane, train or car.
SURFACE – MAINLAND – 56.594 km2
TERRITORIAL WATERS – 31.067 km2
POPULATION – 4.437,460; most of the population are Croats; largest minorities are Serbs, Bosnians, Slovenians, Hungarians, Czechs, Italians, Albanians and others
CAPITAL CITY – Zagreb 779,145 citizens
RELIGION – The majority of the population are Roman Catholics, minorities are Orthodox Christians and members of other Christian denominations and of Islam
OFFICIAL LANGUAGE – Croatian
OFFICIAL SCRIPT – Latinic
COASTLINE – 5,835 km of which 1,777 is on the mainland and 4,058 km on the islands. Croatia's coast is on the eastern Adriatic seaboard and extends from Prevlaka in the south-east to Cape Savudrija in the north-west.
ISLANDS – There are over 1,700 islands, islets, rocks and reefs in the internal sea waters and territorial sea Croatia. This makes Croatia a unique location for sailing and underwater exploring. The largest islands are Krk and Cres. 67 islands are inhabited
CURRENCY – CROATIAN KUNA (1 kuna = 100 lipa) Foreign currency can be exchanged in banks, exchange offices, post offices and most marinas, tourist agencies, hotels and camps. Check for official exchange rate: www.hnb.hr
Web dizajn i izrada stranica - trama.hr