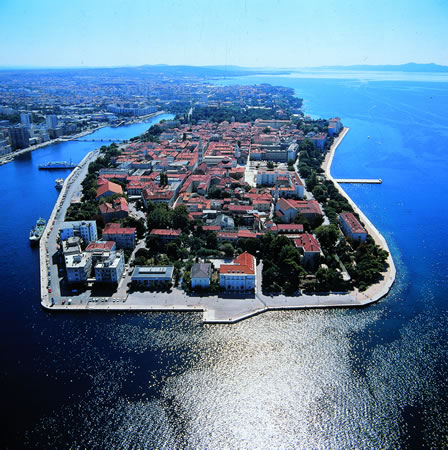 ZADAR – The city of Zadar is situated in the heart of the Adriatic and it is not just an urban center of northern Dalmatia but with it's administrative, economic, cultural and political importance it constitutes the center of the region with almost 92.000 inhabitants. It is made well-accessible by high-quality and comfortable road, air, see and railroad travel. Rich in attractions, exceptional in material and spiritual culture, strong in sailing, original in tourism, it is well developed and special. An exceptionally indented coast, islands and untouched nature attract many boaters and sailors to this exact area. Zadar is full of historical and cultural monuments a city of exceptional history and rich cultural heritage, a city of tourism.. It is three thousand years old, a city of old, tumultuous and dynamic history, often destructed, looted, devastated, every time emerging from the ruins stronger, richer and more beautiful. During it's existence it was for many centuries the home of the Ilyrian Liburni and for 1000 years the capital city of Dalmatia. Zadar is a city rich in spiritual and material culture, as well as in a touristic identity created in the present. It was created around the Roman forum, a city inside well-kept walls, a city of old Croatian monuments. Full of archives, museums and libraries, it is the keeper of literary and musical treasure, it is the city inside with the oldest University among Croatians (1396). Today Zadar is a preserved monument of various historical times and cultures that have  placed their boundaries and visible outlines of their urban appearance. Zadar is a city monument, surrounded by historical 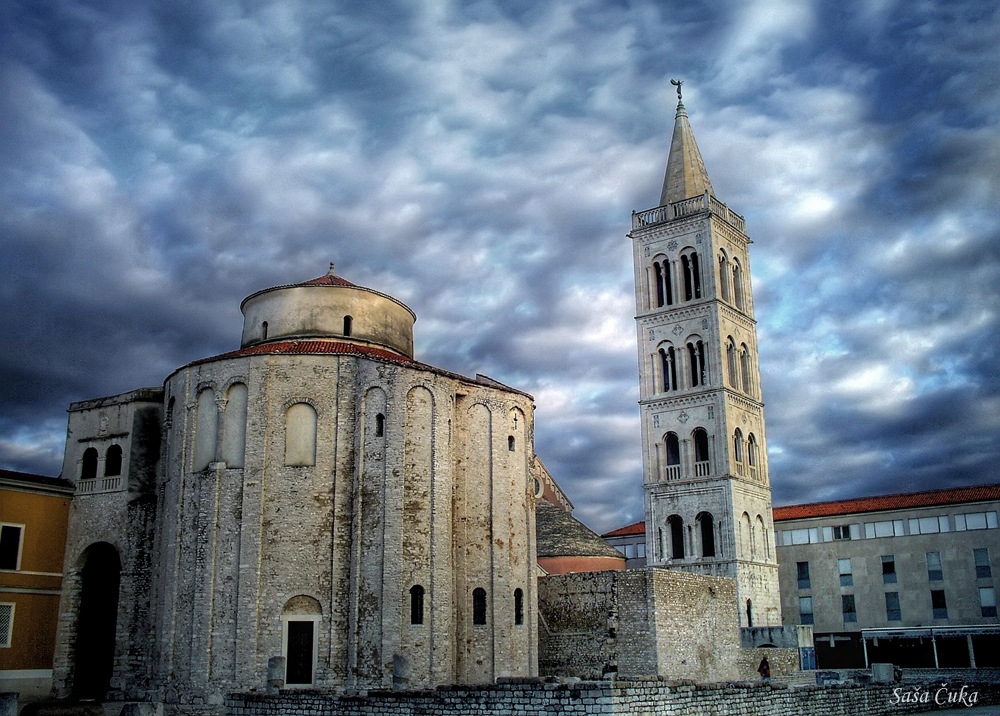 ramparts, a treasury of the archaeological and monumental riches of ancient and medieval times, Renaissance and many contemporary architectural achievements such as the first Sea Organs in the world. A natural musical instrument that offers never-ending concert of numerous musical variations in which the performer is nature itself. Thanks to it's geographical position, Zadar has a mild Mediterranean climate which is reflected in a beautiful Mediterranean vegetation with occasional exotic subtropical specimen in the Zadar city parks. 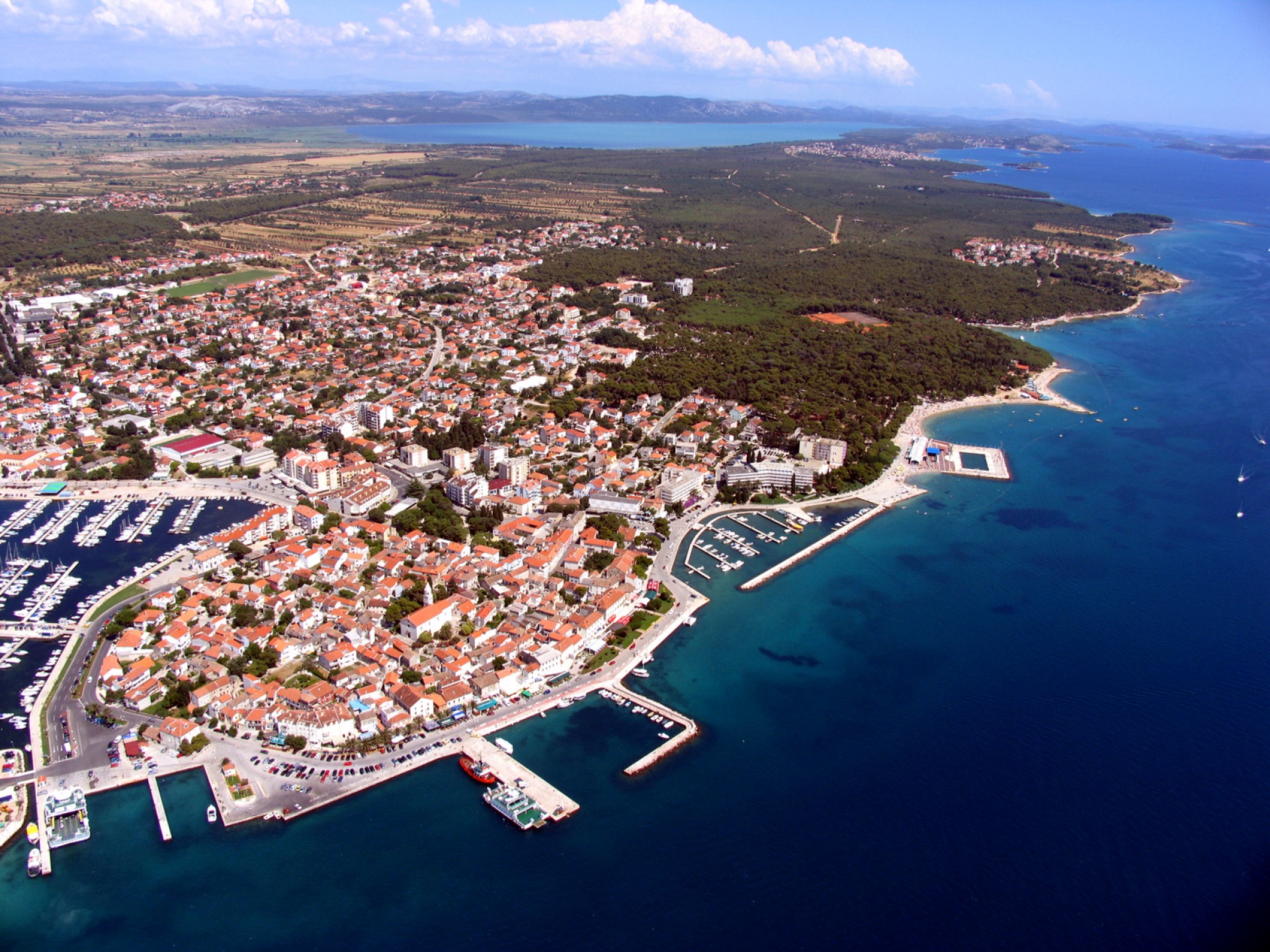 BIOGRAD ON THE SEA – Once a crown city of Croatian kings, Biograd on the sea is today a well known tourist and nautical center in the very center of the Adriatic coast. Biograd on the sea is a royal Croatian city first mentioned in the mid 10th century, while in the 11th century it was the center of the Croatian kings and bishops. The city flourished as the seat of Croatian rule of the Middle Ages, and in 1102 the Croato-Hungarian king Colomanus was crowned here. Many material proofs of the rich and tumultuous past of this Biograd region have been stored in the interesting Homeland museum. The city is of ideal size for living. It lies on a peninsula surrounded by modern marinas looking onto the unforgettable sea strait of the Pašman canal and the islands scattered in it. A geographical position in the heart of the Adriatic surrounded by national parks and nature parks, a rich tourist tradition with cultural and sports amusements are only some of the reasons for choosing Biograd as a destination for an interesting and dynamic vacation. Thanks to it's special position in the center of the Adriatic and to it's numerous boats ties in the newly equipped marinas Kornati and Šangulin, as to the variety of available charter boats and the great number of organised regattas, Biograd has become a meeting place for navigators from all over the world.
ZADAR ISLANDS 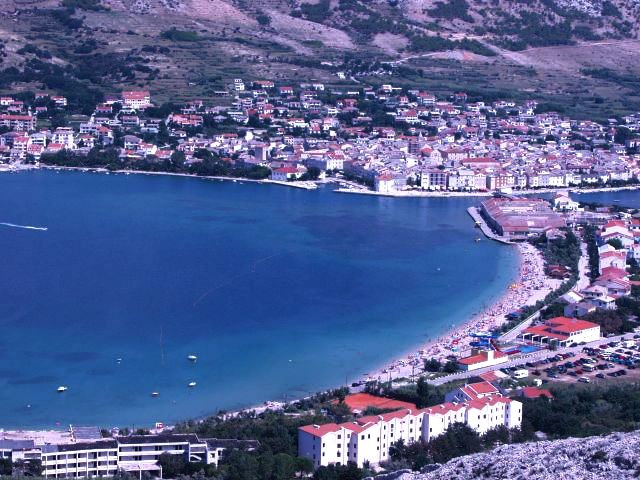 PAG – The island of Pag is one of the biggest Adriatic islands. It's 270 kilometers of the indented coastline make it the island with the longest coastline on the Adriatic, rich with coves, bays, beaches and capes. The biggest bay, the bay of Pag, is rounded by 20 km of the gravel beaches. Pag is unique due to it's vegetation where trees are the most rare form. Therefore, Pag is the largest kingdom of rocky ground on the Adriatic, where thin grass, low aromatic herb cover, sage and immortelle grow. They make the foundation of the nourishment of the island’s sheep on the rocky ground, intersected by long dry stonewalls, giving a special flavor 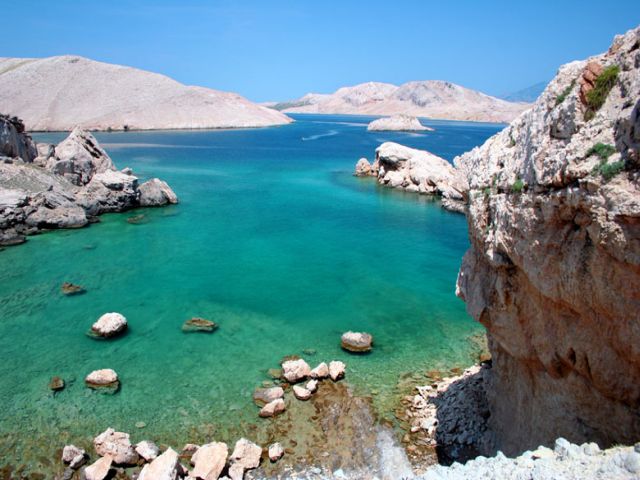 to the well known cheese of Pag. The gastronomy of the island offers first class sheep cheese and lamb, as well as various seafood specialties. Pag is the town of the sea salt. The importance of the salt was the main reason that Pag was constructed in the 15th century, according to a plan and as a fortified town. The original salt manufacture by draining of the sea, which is brought in the small clay pools (saline), is still present on the island. These salt pools are not only an authentic relic of the past but also an interesting photographic motif. The town of Pag is also the town of needlework- the famous lace. Every lace is a unique item. The slow and 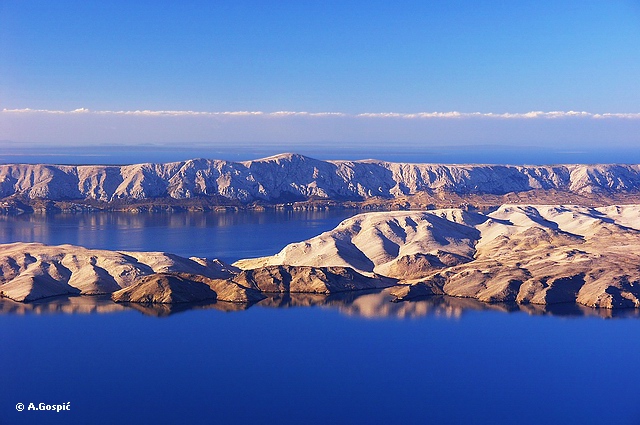 demanding process of making them has been nourished through centuries and still lives in the streets of the old town. The town of Novalja in the north is known for it's wild, beach-driven nightlife. Pag beaches are also numerous and relatively untouristed. There are plenty of wide, shallow coves tucked along the coast in addition to the beach just outside Pag town and Zrce beach in Novalja. The island of Pag offers unusual shapes, wild exoticism, gentle oasis, hiking trails and shallow bays. Going round the north side of the island is recommended strictly during the summer, when everyone with even a little bit of investigator mentality would experience an unforgettable adventure away from the throng, in a particular world of the rocks and the sea.

PAŠMAN – Pašman is an island that is covered by beautiful sandy beaches, stunning scenery and nature, surrounded by crystal clear waters, with old stone houses dotted all around.The island of Pašman forms a part of the Zadar archipelago. The picturesque Pašman Channel, with many islands resembling scattered pearls, separates it from the mainland and the towns of Zadar and Biograd. The rapid stream that changes it's course every 6 hours makes the sea a very clean part of the Croatian Adriatic, already known for it's clearness and transparence. Very early humans settled in the area of Pašman. Single archaeological finds witness to the way of life of the early stone age cultivators who inhabited this part of the Adriatic. Mediterranean climate is responsible for the growth of rich flora and fauna, many species of medicinal and aromatic plants and also the submarine world hides all kinds of shells and fish of the Croatian Adriatic. Recently, these diligent, hardworking and serene fishermen and farmers have been offering a lot. You are supposed to taste the fruits of the sea and the products of their hard work in the fields, on a fertile, rich, ecologically safe island of Pašman. 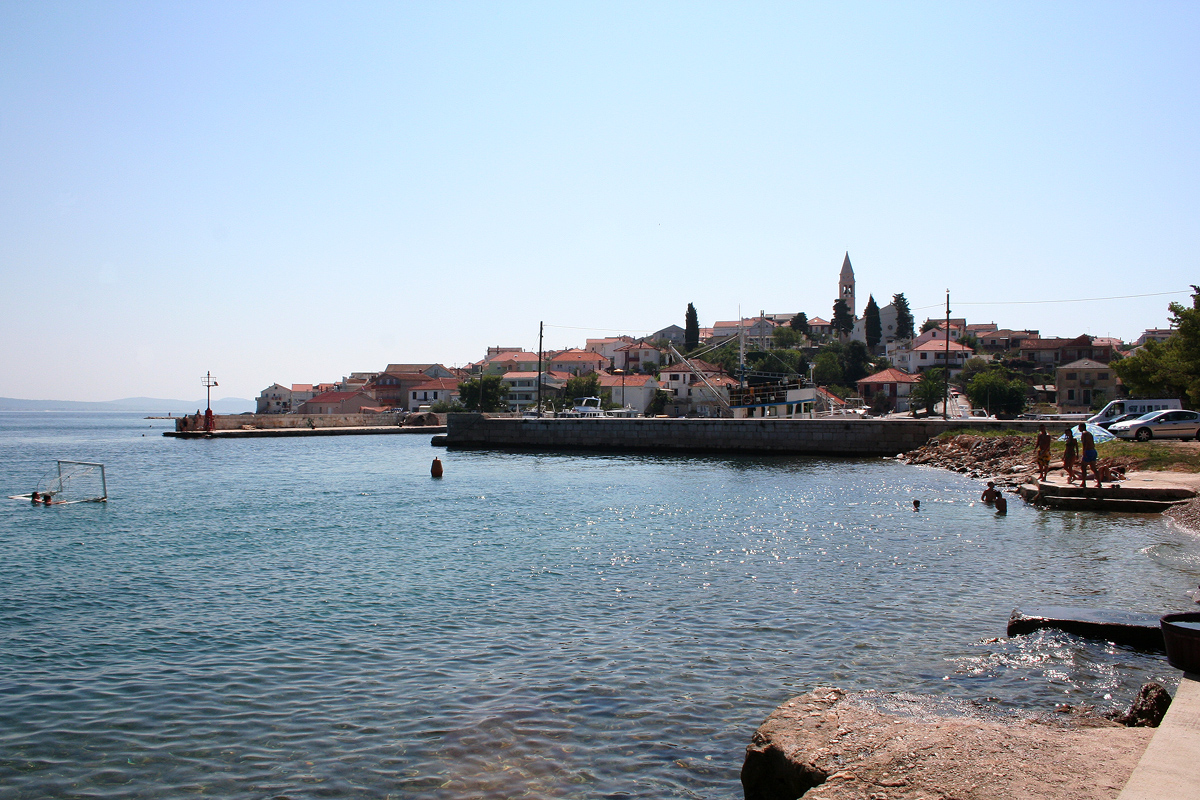 UGLJAN – Ugljan is a part of the archipelago of Zadar and the closest island to the cultural and economical center of the County- the town of Zadar. It is also called the green island, covered with dense bush, pine trees, olive-groves, fig-groves, vineyards and other Mediterranean vegetation. In the NE side of the island there are many fisherman and 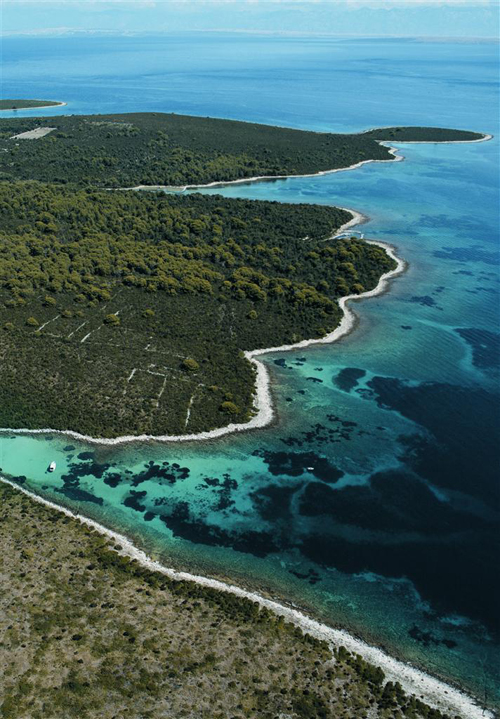 tourist villages in natural coves, and the most famous are Kukljica, Kali,  Preko and Ugljan. The other side of the island is uninhabited and has many coves, islands and rich undersea world that challenges scuba- divers and recreational fishermen. Rocky but docile inside of the island has many paths suitable for long walks and cycling tours ... The town of Ugljan is the biggest and it is placed in the NW part, the part that has the most hours of insulation in the entire area thanks to it's position. In many angles and numerous coves there are nine idyllic parts that make the town of Ugljan. Generations are involved with sea, seamanship and fishery, and 2000 years of tradition in olive growing left thousands of olive trees that produce oil of extraordinary quality and aroma. The traditional hospitality of the inhabitants will soon drag you to the typical island family and very soon you will feel like you were born in here. 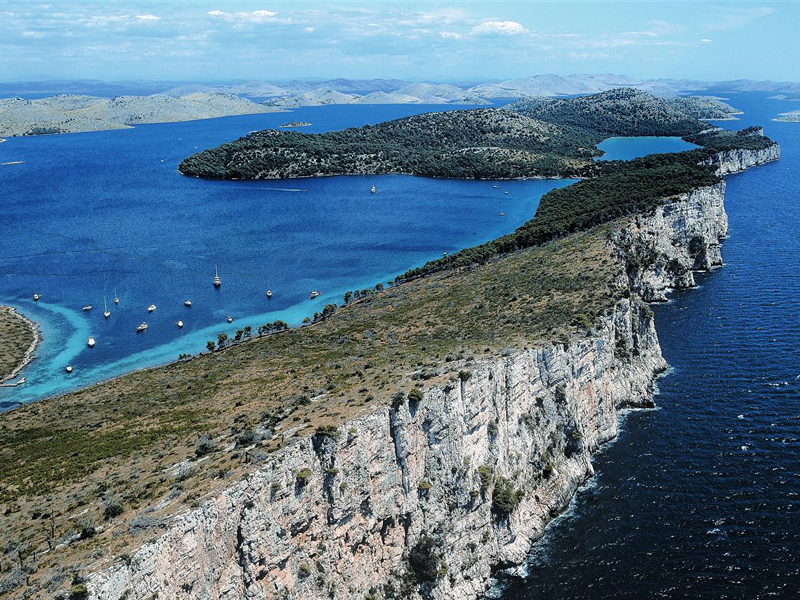 DUGI OTOK – For magic holidays you don't need a magic formula. Geographically, it is the island of peculiar contrasts and the largest island in the North Dalmatian archipelago. It is about 45 km long and between 1 and 4 km wide, the highest peak Vela Straža is 338 m high. The south-west coast of the island is steep with fascinating cliffs, and with line of bays, the most beautiful among them Sakarun and Telašćica. The pride of island is a significant landscape with dominating lighthouse on the north-west side, and the Nature Park Telašćica on the south-east. The sea fruits together with the various fruit of the rocky soil make this island the unique ecological unit. Around 1500 inhabitants live on the island in 12 villages. The road connecting all places on the island offers a magnificent view. The island is well connected with the mainland by ferries and fast ships. When there is Dugi otok in question, you can find many attractive places and natural fineness; this is the trip through the world of the tradition as well as through the modern way of living. When coming to the island of Dugi otok you are returning to your roots. You can indulge your body, as well as your personality, idling on the beaches of Dugi otok, alone 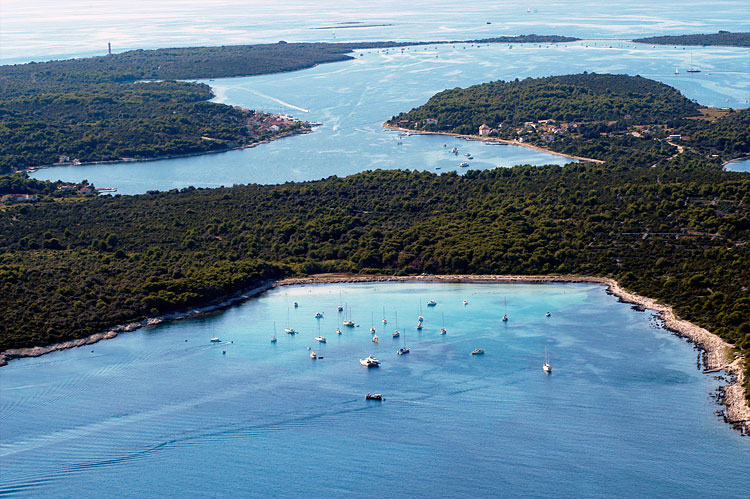 or with someone, swimming in amazingly clear sea. In Sali and Božava you can become a member of a scuba diving club and dive like a fish. Every place on Dugi otok has it's festivity. Hedonism and Mediterranean culture with specific traits of different places, such as donkey races, folk dance kolo, theater performances and musical concerts in the environment of the island architecture, makes even the farthest dreams come true. The cove of Sakarun, the beach full of white sand, pebbles and pinewood, is a place of enjoyment. Sakarun is a natural counter-balance to Telašćica.
Web dizajn i izrada stranica - trama.hr