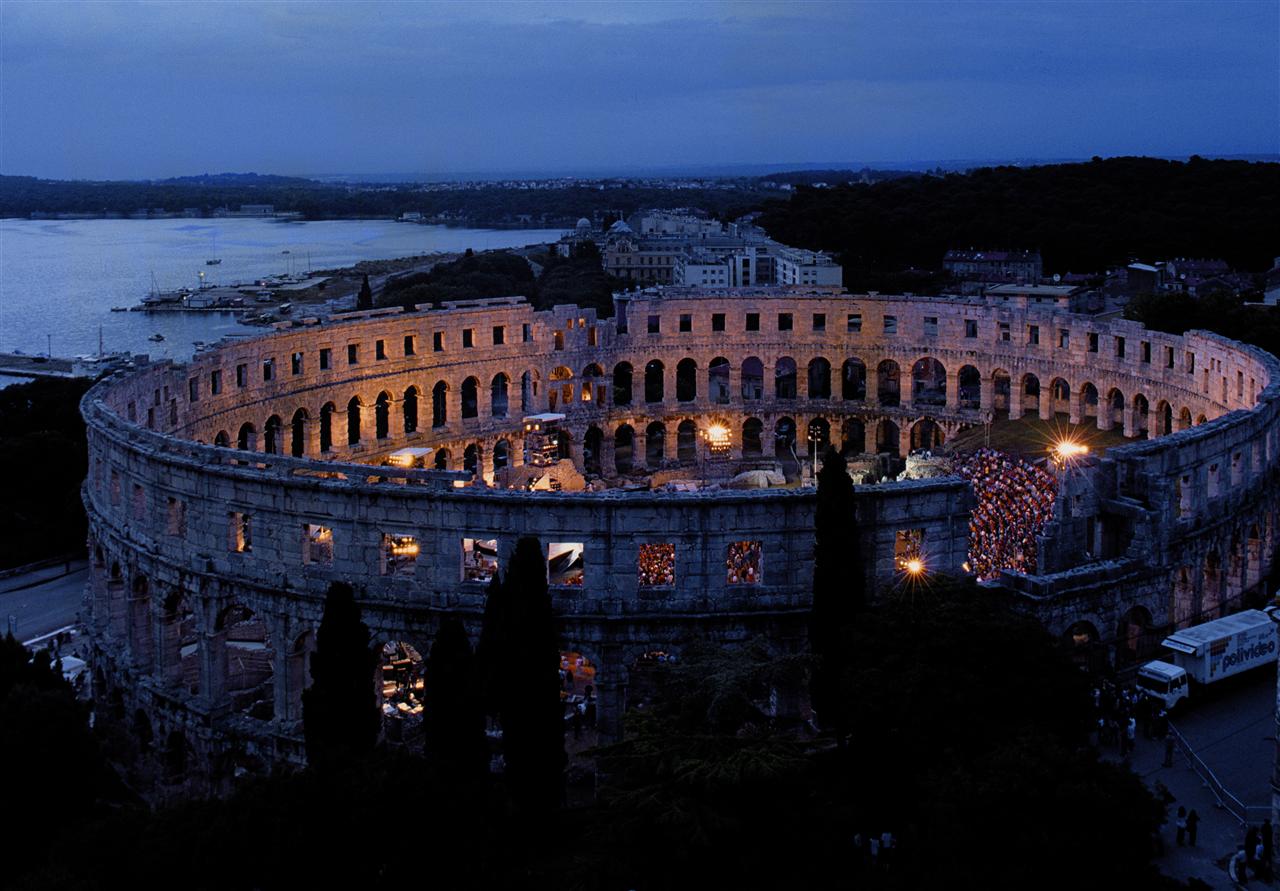 PULA – The largest town on the Istrian peninsula offers a diversity of attractions to lovers of culture. Due to it's historical charm, the modern city of Pula is the most interesting destination for tourists in Istria. The rich itinerary of it's three thousand year old history, where every step you take through the old town is a landmark, begins and ends with the Roman amphitheater. Many Antique remains located in the city center are especially attractive, as is it's excellent geographical position, the varied facilities that are adapted to suit each guest, as well as the kilometers of beaches and interesting surroundings. While strolling through Pula you will come across numerous monuments of Roman architecture: the Triumphal Arch of the Sergi from the 1st century B.C., Hercules’ Gate and Twin Gates, the Temple of Augustus, Arena and Small Roman Theater in the town center. A walk along the streets of Pula is a journey through the layers of it's past. A unique experience will be moments of relaxation in the main town square, which has managed to retain it's role as the meeting place since the Augustan Age. This part of the hill offers a wonderful view of the magnificent monument, the Arena of Pula dating from the 1st century. This Roman amphitheater, sixth largest in the world, which could once seat 25,000 spectators, is one of the best-preserved amphitheaters. In it's underground areas there is an exhibition presenting olive growing and winemaking in Istria in Roman times. Pula is an enchanting place with hundreds of mystical faces that have to be unveiled. 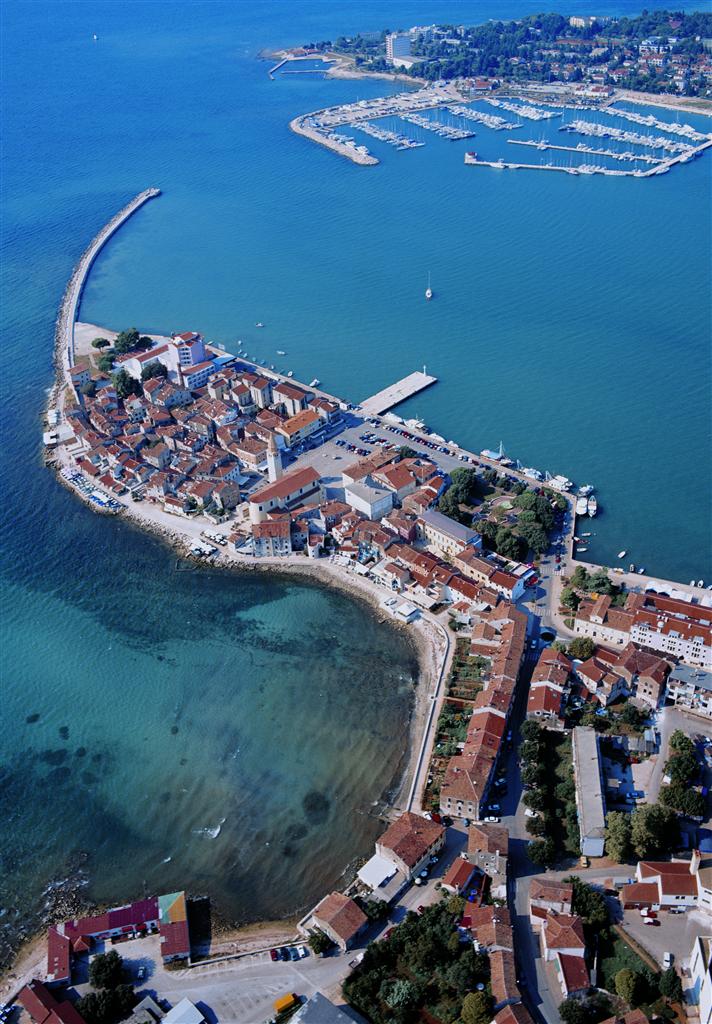 UMAG – Umag, picturesque small Mediterranean town and port on the north-western coast of Istria, presents 'Croatia’s gateway to Europe'. It also has the reputation of the Istrian sports center, since as the host of the ATP tournament for many years now, it attracts numerous top world tennis players. The history of Umag is exceptionally interesting: In ancient times it was discovered by Roman aristocracy who adopted it for their summer residence. The splendor, luxury and glamour of those times is reflected today in Venetian houses many of which can be find in the old town core of Umag. The town has preserved parts of the town walls and defense towers, Renaissance and Baroque houses and churches, the most famous among them being the parish church of the Assumption of Virgin Mary and the church of St. Peregrine. Umag has excellent road and air connections with all large towns in the world (at only 50 nautical miles from the famous Venice!), it is a favorite holiday destination with extraordinary excursion possibilities. It's natural beauties, the history and tradition of the old town of Umag and of the surrounding Istrian area, a warm Mediterranean climate with an abundance of sunshine during most months of the make Umag an ideal vacation place. Umag’s hinterland offers newly discovered tourist attractions like mountaineering, caving and other chances for adventure enthusiasts. 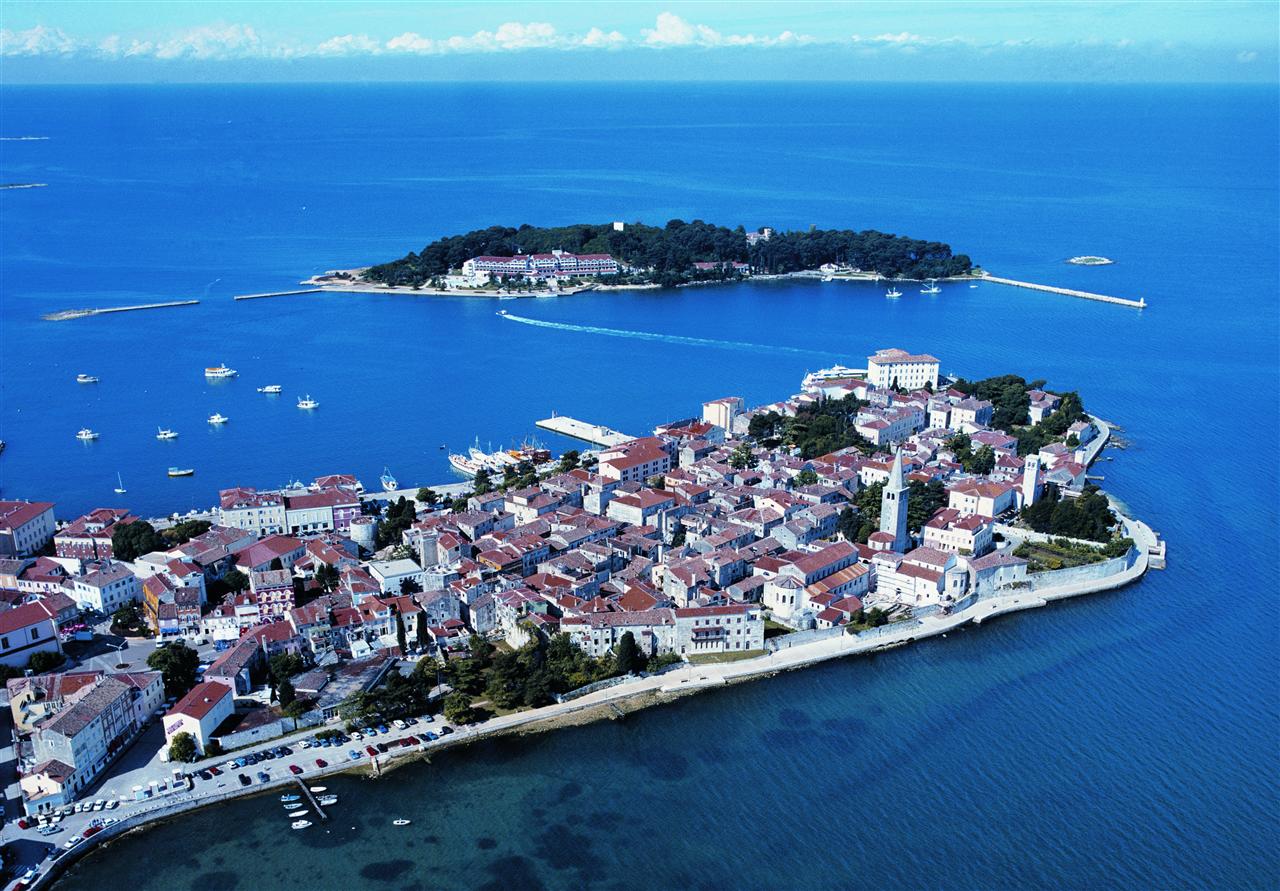 POREČ – Poreč is a city of culture and fun, pleasant sun and warm sea. A town of culture, tourism, sport and entertainment, has been recognized and awarded for the beauty of it's public spaces and it's cleanliness many times over. It is located in the heart of the western coast of Istria. Poreč has 37 km of coastline that extends from the valley of river Mirna on the north to the deep Lim Fjord on the south. Clean beaches and bays and numerous islands are a symbol of Poreč. The biggest and most beautiful of all Poreč islands, Sv. Nikola (Saint Nicholas), encloses the charming port of Poreč. The summer visitors know how to recognize the city that is still keeping it's historical values, which can be seen in the historical city center. You can find museums, galleries in the most valuable city palaces, many of them are the homes for people as they have been centuries ago. Many of guests probably do not know that they are walking on the streets, built during the Roman times. One part of the city ramparts and towers is still preserved, in the Pentagonal tower there is a restaurant and in the Round tower a pub. Besides Euphrasian Basilica with it's distinctive mosaics dating from the 6th century which UNESCO recognized and protected as a world heritage site in 1997., now it is possible to visit Euphrasius' bishopric, opened in the year 2000 as an architectural monument and the church museum. Poreč is surely the pearl of Croatian tourism which offers it's visitors a different kind of holiday full of entertainment and events…. In short, a mosaic of experiences. 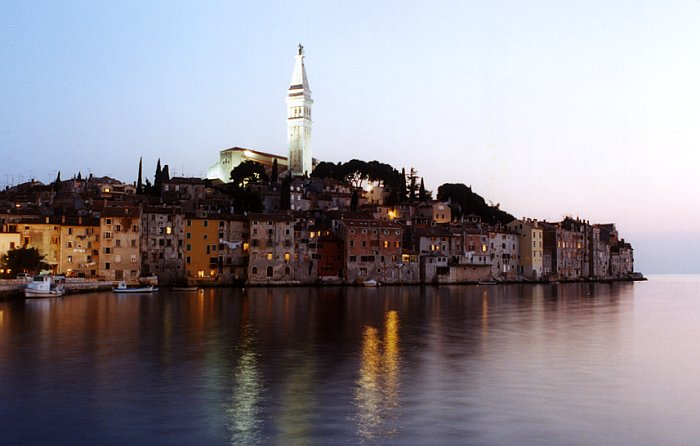 ROVINJ – One of the most 'photogenic' towns in the Mediterranean, once a fishing town, today is a tourist resort. At a distance of some 40 kilometers from Pula, Rovinj has long been known as the town with favorable and beneficial climatic features. So, today it's people are still proud of this long tradition and 'fight' for the title of 'healthy town'... The rest is nature’s work. The entire coastline, with it's twenty-two islands is very well articulated with numerous bays, creeks, and capes and it is an area of protected natural heritage. Feel the enchantment of the town in it's narrow medieval streets and warm Mediterranean setting. The historic nucleus is piled up on a hill, on a very narrow building area of former island, with houses bunched together up to the door-step of the baroque church of St. Euphemia. The main Church of St. Euphemia keeps relics of the saint and presents one of the most beautiful Baroque achievements in Istria. From the church plateau there is a wonderful view of the open sea and numerous islets in the distance. A visit to the Rovinj Town Museum and the town’s many galleries will complete your cultural experience. Rovinj is an important economic center. The most important companies and enterprises are those connected to hotel and tourist sector, industrial sector, and seamanship and fishing. It's surroundings offer immense possibilities for recreation: biking, horseback riding, jogging. But, owing to the sea and what it has to offer, ranging from sailing to discovering the underwater world, it's therapeutic properties, today Rovinj is the destination for tourists from all over the world.
NATIONAL PARKS IN ISTRIA REGION 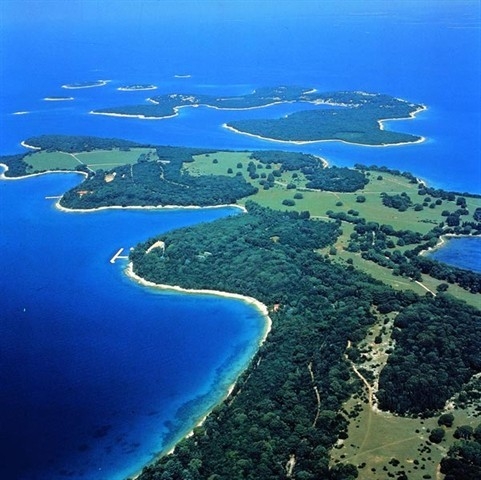 BRIJUNI NATIONAL PARK - Brijuni National Park is an oasis of the magnificent harmony between man, animal and plant life. The Brijuni islands, found along the southwestern coast of Istria, were proclaimed a national park in 1983. They cover an area of 2,700 acres, and total fourteen larger and small islands, of which the largest are Veliki and Mali Brijuni. The islands abound with Mediterranean and sub-Mediterranean vegetation, where tourists can take in the surroundings of untouched nature. The island has a zoo, pheasant farm and safari park with numerous diverse forms of animal life from throughout the world. Traces of human inhabitation on the island date back to the earlier neolithic period and among the many archaeological sites, the most significant is the pre-historic settlement on Gradina hill. Remains of a typical summer residence and temple from Roman times in the Verige Gulf, and on the western shore, very valuable ruins dating from the late ancient-Byzantine period and the Byzantine basilica of St. Mary dating from the sixth century are located on the western coast of the island.
Web dizajn i izrada stranica - trama.hr